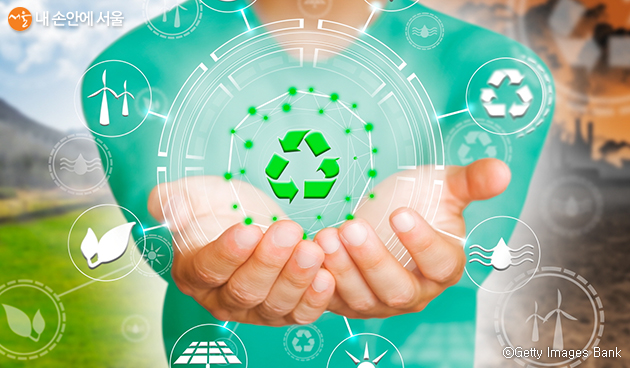 Seoul has announced the “Green New Deal” in order to achieve zero carbon emissions by 2050. This new policy is a large scale project that involves 2.6 trillion KRW. Seoul’s “Green New Deal” focuses on 5 areas, which are buildings, transportation, urban forests, renewable energy, and resource circulation. As well as these 5 areas of focus, industry related to “Green New Deal” will be promoted, and is expected to create 26,000 jobs.

The priority of this policy starts with transforming low-efficiency buildings, which accounts for 68.2% of the carbon emissions in Seoul. The transformation process will begin from public buildings, then expanded to private buildings. 241 senior centers, nurseries, and public health centers will go through “green remodeling,” which will change their energy efficiency to almost a zero-energy consuming building. Also, starting from next year, a new policy of “Aggregate Greenhouse Gas Emission Restriction for Buildings,” will be enacted, which regulates the carbon emissions of all public buildings that exceed the size of 1,000㎡. Moreover, Zero Energy Building(ZEB) construction will be mandatory for all private buildings from 2023, and this was originally planned to be enacted in 2025.

Another important part of the “Green New Deal” is transportation. By 2050, Seoul is aiming to replace all of the current fossil fuel powered automobiles into electrical or hydrogen cars, and achieve more than just a pedestrian-friendly city. As a part of this ambitious plan, all passenger cars bought by the Seoul Government this year will be either run by electricity or hydrogen. Also, 4,000 city buses(which is more than half of all city buses in Seoul) are planned to be replaced by electrical or hydrogen vehicles by 2025, and the process will begin from 2021. From 2035, only cars with zero carbon emission will be allowed to register, and the government of Seoul plans to allow only cars run by renewable energy sources entering the most crowded areas in the mega city of South Korea. Moreover, through the “diet(reducing the number of lanes)” process of 22 roads, pedestrian space is expected to extend furthermore and public bicycle renting service, “Ddareungyi,’ will get a significant increase in the number of rental areas and bicycles. The good new is, the current cycling road is will be be extended 390㎞ more, which will be a positive catalyst to the “New Green Deal.” 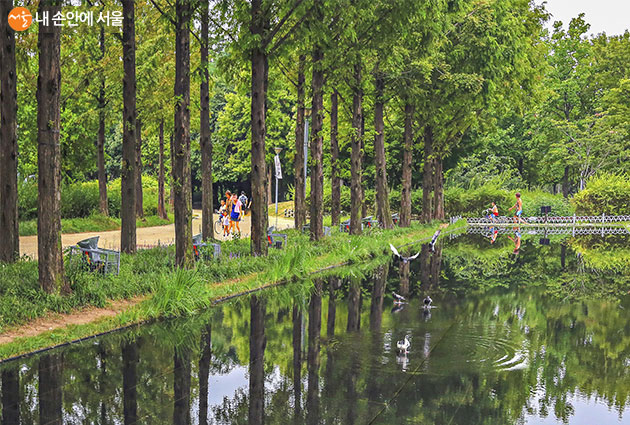 A picture of Seoul Forest

Not only reducing greenhouse gas emissions is important, but also absorbing these potent gases are important. Therefore, increasing the number of forests and parks are vital to the “Green New Deal.” For this reason, the capital has decided to plant 30 million more trees and build a 85,000㎡ urban forest to challenge climate change and desertification in Mongolia. 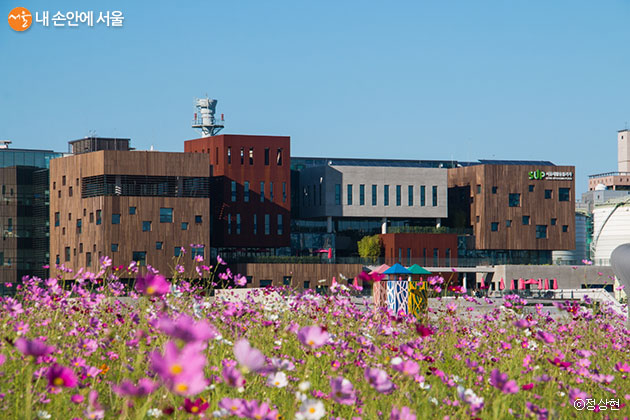 (A picture of Seoul Upcycling Plaza in Seongdong-gu)

Enormous amount of landfills has always been a problem for megacities like Seoul. To solve this problem, the government of Seoul has suggested a new idea: “Circulative Economy” The idea is quite simple. Reduce the amount of waste in the first place, and recycle the disposed waste into worthy resources. By 2025, an additional resource reclamation facility which can manage 500 tons a day will be constructed, and the existing four resource reclamation facilities in Seoul(Gangnam, Nowon, Mapo, Yangcheon) will go through an upgrade that enables them to process and recycle an additional 580 tons of waste per day. This upgrade will lead to all domestic waste in Seoul to be processed without any landfills.

Along with the improvement of resource reclamation centers, one “Re&Upcycling Plaza” will be built per each district.

The “Seoul Upcycling Plaza” in Seongdong-gu will become a comprehensive recycling theme park.

Making a Environmentally Friendly City Together with Citizens

Similar to the “Eco Mileage” and “One Less Nuclear Power Plant” campaign, which almost 7 million people contributed in total, the participation of citizens will be vital for the success of the “Green New Deal Policy.” Through many platforms, Seoul will make sure citizens understand the importance of the new policy and therefore multiple public debates, forums, and advisory councils will be held.

“Compared to the era before the industrial revolution, the global temperature has increased by 1 degrees celsius. When the increase exceeds 1.5 degrees, the survival of humanity will be threatened. Efficiency focused growth which leads to overpopulated cities, increase of greenhouse gases, environmental pollution is not more valid. For the survival of ourselves, Earth, and humanity, the innovative “Green New Deal” needs to be implemented for the transition to a sustainable and zero greenhouse gas emission society,” Mayor Park stated.